The US blockade policy continues to be a massive, flagrant and systematic violation of the human rights of the Cuban people and qualifies as an act of genocide, according to Cuba’s report to the United Nations General Assembly next November 1st.

The damage caused by the framing of laws regulating this encirclement policy is detailed in the report on United Nations General Assembly resolution 71/5 entitled «Need to end the economic, commercial and financial blockade imposed by the United States of America against Cuba. 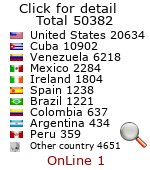